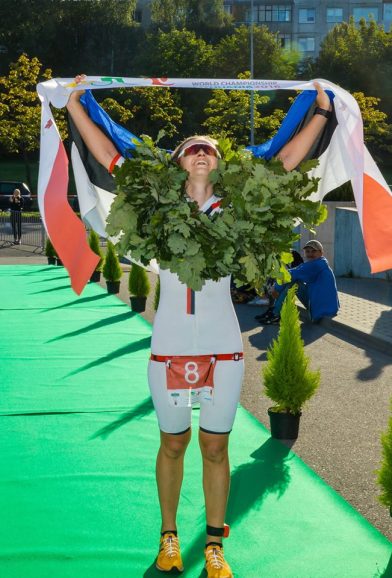 The City of TRI

The City of TRI

Why Panevėžys is the City of TRI? Did you know that Panevėžys was the third city in the world to host a triathlon competition? It happened in 1983. Some of the athletes even did the race with jeans shorts.

After that triathlon became a part of the city. Vidmantas Urbonas – the most famous Lithuanian triathlete, who still holds the world records of Double Deca Continuous and 24hours triathlon. He is one of the most famous citizens of Panevėžys. He has swam across the Baltic sea, Baikal lake, Yellowstone, Titicaca, Tano lake and other lakes in all of the continents. Ultra triathlon events in Panevėžys started taking place in 1995. The whole center of the city was closed for the race weekend, 10-15 thousand spectators would come to cheer the athletes swimming 7,6 km, biking 360 km and running 84,4 km. Some of the spectators took sleeping bags and spent the whole night together with athletes. 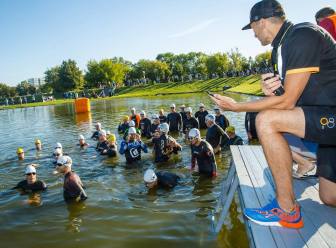 „I cannot believe, that a small girl, 5 or 6 years old, was standing in the same place for 6 or 8 hours and cheering me all the time I was cycling“ – said the runner up in last years World Championship Renatas Orlovas.

Alina Ranceva – is another famous Lithuanian triathlete. She is the first one from Lithuanians who competed in Kona, Hawaii. She says, that the love to triathlon started with the first Ultra Triathlon event in Panevėžys. And she raced! Alina won the 2015 World Cup race in Panevėžys, then came second in World Championships in 2017. This year she is going for the world record, set last year by Estonian Supergirl Sirlet Viilas! 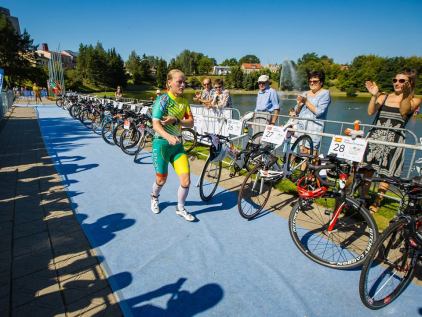 This year the race is going to place in a city park. This year the race will start unusually at Friday 14:00 local time. The time was chosen not accidentally. The race will start in a traditional place in the city center, where in a small lake athletes will do 16 laps of swimming. After their swim athletes will go to the changing rooms and jump on their bikes. They will head for the city park, where a brand new cycling track will  be waiting for them. The 4 km loop with daylight LED lamps will lead athletes from the sunset to the dawn. The romance of driving at night with live music all around the track will keep athletes awake for sure! There will be a race camp at the track with all the support crews. Running take place in the park too. The track will be illuminated. The 34 hour time limit will end with amazing Baltic Firework show. Everyone can finish with a BANG J Sunday will be rest day for the athletes, with a closing ceremony, pasta party and a beautiful concert. And if you still have something left, or your supporters deserve to try triathlon, there will be super sprint races (individual and Team realay) in the same track Sunday day. The whole team can try racing!

For all the info visit http://www.pantri.lt

See you in the city of TRI!